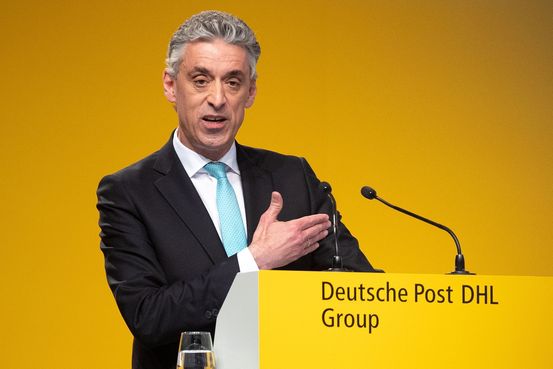 Companies trying to recover from coronavirus-driven lockdowns will face hurdles in shipping markets roiled by deep capacity cuts and weeks of disruptions in global trade, the chief executive of the world’s largest logistics company said.

, said in an interview last week that freight volumes would increase significantly as Europe and the U.S. begin to ramp up factory production and reopen stores.

But “the shortfall of every capacity will last longer,” Mr. Appel said, especially for the high-value goods such as industrial parts and electronics often transported in the bellies of passenger planes. Airlines have canceled thousands of flights as the pandemic spread, and airfreight capacity could be constrained for months as the travelers airlines need for those flights might not return immediately, he said. That could force businesses to switch some shipments to ocean or rail transport for some time.

“There will be a lag between the lift of lockdowns and the full capacity for passenger airplanes,” Mr. Appel said. “As long as people are not allowed to travel again, who will fly passenger airplanes around? Nobody, and that limits the capacity.”

Top news and in-depth analysis on the world of logistics, from supply chain to transport and technology.

But even after infection rates ebb, travelers might still be reluctant to fly. The number of domestic flights in China, for example, remains just over 40% of pre-Covid-19 levels, according to the International Air Transport Association.

Like other logistics providers, DHL has been hurt by the disruptions to global supply chains as demand to transport goods tanked amid crashing world trade and steep declines in business. Earlier this month, Deutsche Post, which is based in Bonn, Germany, withdrew its 2020 guidance and said it had taken a 200 million euro ($216 million) hit to earnings before interest and tax in February and March, due to coronavirus.

“While we see an encouraging development in our Chinese business in recent weeks, Europe and North America are still at an earlier stage of the pandemic,” the company said.

DHL’s Express division has a dedicated fleet of more than 250 freighter aircraft, which Mr. Appel said have been in high demand. The company’s freight-forwarding arm also moved quickly in the early weeks of the pandemic to secure freighters through deals with cargo airlines.

But DHL is also a major buyer of cargo space on commercial passenger flights and the steps it has taken aren’t enough to replace the lost belly space, especially as manufacturers and retailers come back to life, Mr. Appel said.

Customers will have to “think about their supply chain and they will take more lead times for the inventory, if they have enough in stock, and put it on shipping lines, even for higher-value products,” he said. “The capacity on the sea vessels is significantly larger than the airfreight.”

Despite the shutdowns and shortages coronavirus has caused around the world, Mr. Appel said he doesn’t expect any turn away from globalization, or that Western businesses will move production back home.

Instead, businesses will likely make their supply chains more resilient, he said, say, by spreading factories across several regions instead of having just one factory in China.

“They might put them in other places as well, but it will not be all near-shore because that’s not affordable,” Mr. Appel said, adding that anyone who thinks “the game is over with globalization doesn’t understand what drives consumers or what drives business decisions.”

Write to Jennifer Smith at jennifer.smith@wsj.com