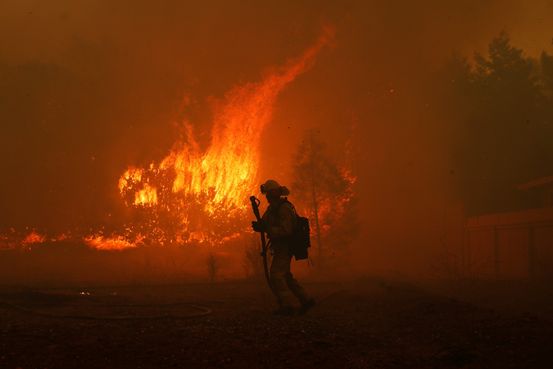 PG&E Corp. pleaded guilty to 84 counts of manslaughter for its role in sparking California’s deadliest wildfire, on the same day that a separate judge said he would clear the way for the company to exit bankruptcy.

The San Francisco-based utility became one of the few U.S. corporations to be convicted of homicide related-charges in a dramatic scene that unfolded Tuesday in Superior Court in California’s Butte County, where the 2018 Camp Fire razed the town of Paradise.