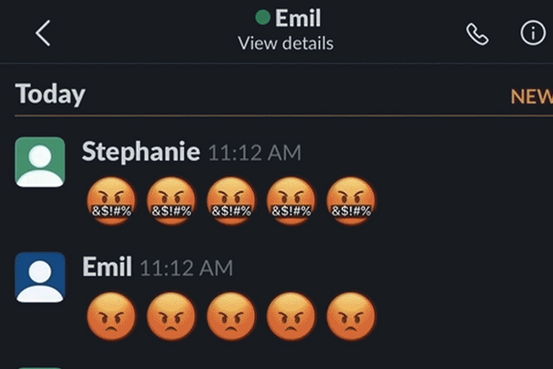 Among them: Don’t let problems fester on Slack.

The popular messaging tool makes instant communication across a company simple—one reason its usage has surged during the pandemic. But when everyone is working virtually, instant-messaging platforms like Slack can become a dumping ground for grievances, passive aggressiveness and other exchanges that are best left for private conversations, says Victor Cho, Evite’s CEO.

“You can’t have large, nuanced conversations over Slack,” Mr. Cho says. “That’s where you just see it going off the rails.” Evite advised its roughly 100 employees to resolve conflicts and complex issues by picking up the phone or scheduling a video meeting, which Mr. Cho says staffers have heeded.

Many companies have embraced Slack and tools like it as a more efficient way to communicate. In the first weeks after many companies issued work-from-home orders in March, usage soared: On March 25, Slack Technologies Inc. said its platform had 12.5 million simultaneous users, up from 10 million two weeks earlier. Microsoft Corp. said in April that the number of daily users on its Teams platform, a competitor to Slack, had grown to 75 million people, more than double the number in early March. The companies haven’t disclosed more recent user numbers.