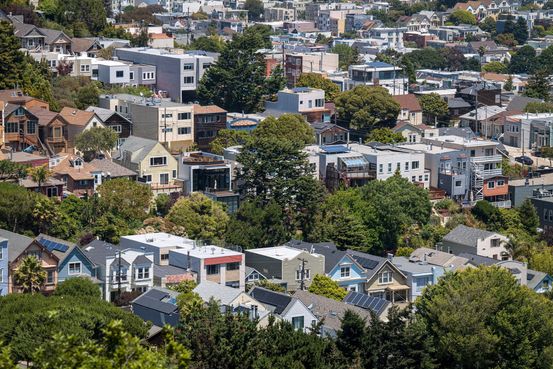 Over the past several months, Covid-19 has shaken traditional notions of where employees can work. In Silicon Valley, which has a relatively high cost of living and an employee base with access to state-of-the-art remote-work tools, companies are devising plans for a future with decentralized staffs. In some cases, changes can include cutting salaries by 15% or more depending on where someone moves.

The nascent pay-cut movement stands to create tension between some of the most profitable companies in the world and skilled employees who enjoy high salaries.

Companies point out that changing pay based on the local cost of living is standard practice for many organizations, including the federal government—with decisions to raise or lower salaries related to housing costs and other factors. Letting someone take a San Francisco salary to Wyoming could be considered unfair to present and future remote hires in cheaper cities who might receive a lower wage.

But Silicon Valley companies have spent years going beyond standard corporate norms to endear themselves to their workers. In an era where companies rain free food, massages and yoga studios on their software engineers, the cold rationality of geography-based pay risks alienating employees used to being courted.

“If anyone should be standing up for high pay, equal pay and great talent, it should be these companies—I find it to be pretty hypocritical,” said Jason Fried, chief executive of Basecamp LLC, a Chicago-based maker of workplace software that has a remote workforce. Tech companies are so profitable they can easily afford to do what is right, he said. “You’re hiring a person and the skills they bring.”

said it was shifting toward a substantially remote workforce over the next decade and that location would affect compensation. A spokeswoman for Facebook declined to share any salary data by market.

among the first to announce it would allow employees to work remotely permanently, has said it has a competitive approach to pay localization.

said last week that it will let some employees work remotely on a permanent basis, according to a blog post. Some will be allowed to move domestically in the U.S., pending approval, but benefits and pay might change based on the company’s compensation scale by location.

Payments company Stripe Inc. has started offering employees leaving San Francisco, New York or Seattle a one-time bonus of $20,000 to relocate, but they would have to take a pay cut of as much as 10%. For employees at VMware Inc., a cloud software provider, moving from the Bay Area to Denver could mean a cut of as much as 18%.

From the corporate perspective, salary reductions based on geography are a matter of simple logic. The Bay Area is far more expensive than Boise, Idaho, or Topeka, Kan.—and anyone moving to a low-cost city would have trouble finding a local job that pays San Francisco wages.

Adjusting pay based on local costs has long been a policy at companies such as software provider GitLab Inc., which had a fully remote staff before the pandemic. The company lets employees calculate on its website how much more or less they would be paid in a certain city.

But as remote work becomes a large-scale, long-term practice amid Covid-19, the illness caused by the new coronavirus, some hiring consultants and headhunters are questioning the idea that salaries should be tailored to a cost-of-living calculator. They resist the notion employees should be paid less to do the same job—even if the work is done from a lower-cost location.

Sherveen Mashayekhi, CEO of Free Agency, a tech talent agency representing clients primarily in the Bay Area, New York and Los Angeles, has been advising his clients to negotiate if they are forced to take a salary reduction to relocate to a less-expensive city.

Which side—tech companies or employees—do you think will win in this dispute over pay cuts? Why? Join the conversation below.

One of Mr. Mashayekhi’s clients is a product manager at Facebook who is planning to leave the Bay Area. Concerned about his long-term earning potential if he took a pay cut to move, he used his potential relocation to jump-start a conversation about a promotion to offset any reduction. The client declined to comment through Mr. Mashayekhi, citing continuing negotiations.

Mr. Mashayekhi said he doesn’t view one-time bonuses like the one Stripe offered as good for workers in the long term.

The impact on careers “is quite negative,” he said, if the overall pay band for engineers decreases by a range of 10% to 20% over the next several years because of relocations tied to remote work.

It is still early to know the volume of people who have left the Bay Area or what is happening to wages across the industry as they leave. Some companies, such as Facebook, have asked employees to notify the companies of plans to move by Jan. 1. According to the preliminary results of an October survey of 240 U.S. tech companies by tech consulting firm Sequoia, 33% are undecided about their policies for employees who relocate permanently. About 22% of those surveyed said they are readjusting salaries and 20% said they won’t.

The move to cut pay also can backfire on employers. Kevin Akeroyd, CEO of the contingent-workforce-management company PRO Unlimited and a former executive at several large tech companies, said cutting pay for workers who want to move to cheaper areas can lead to unhappy workers who quit in high numbers.

Still, the idea makes sense to many. A September survey by Blind, a platform for employees to discuss their jobs anonymously, found that of more than 5,500 workers nationwide, 44% would be open to a pay cut if moving to a city with a lower cost of living, while 48% said they wouldn’t be. About two-thirds of Blind’s users work in the tech industry.

“The cost of living usually falls more than the paycheck,” said Brian Kropp, research chief of the human-resources practice at

Even with a 10% or 20% pay cut, software engineers can still live a far more lavish life in Austin, Texas, or Nashville, Tenn., than in San Francisco.

Mr. Kropp said when employees have a negative response to the practice, it is often “more emotional than rational.”

Write to Eliot Brown at eliot.brown@wsj.com