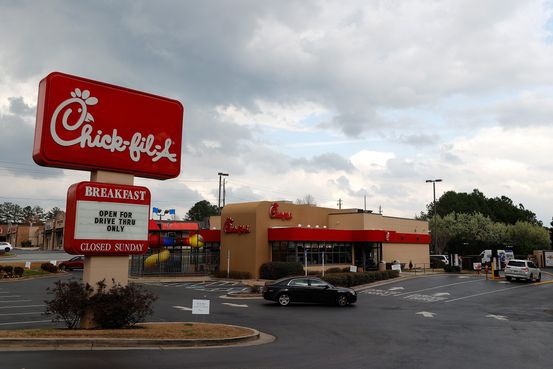 Chick-fil-A Inc., the leading U.S. chicken chain, sued major poultry producers, accusing them of price-fixing that the Atlanta-based company says led to inflated prices for billions of dollars worth of its chicken purchases.

The chicken-sandwich giant alleged in a lawsuit filed Friday in a federal court in Illinois that top chicken suppliers, including Tyson Foods Inc., Pilgrim’s Pride Corp. , Sanderson Farms Inc. and Perdue Farms Inc., coordinated pricing for meat supplies and collectively reduced production to push up prices. Chick-fil-A is seeking unspecified damages and to recoup legal fees, according to the lawsuit.

A Tyson spokesman said Chick-fil-A’s claims were unfounded and that Tyson would defend against them. A Perdue spokeswoman and a Sanderson Farms spokesman declined to comment. Representatives for Pilgrim’s didn’t respond to requests for comment.

The lawsuit adds one of the U.S. poultry industry’s biggest customers to a four-year legal battle over alleged collusion among companies that produce the bulk of the roughly 37 billion pounds of chicken consumed annually in the U.S.

Major supermarket operators and food-service distributors have filed civil suits alleging anticompetitive behavior, and this year the U.S. Justice Department indicted senior chicken-industry executives and sales officials on criminal charges of bid-rigging and price-fixing. The defendants have pleaded not guilty to the criminal charges, and major chicken companies are contesting the civil-court claims.