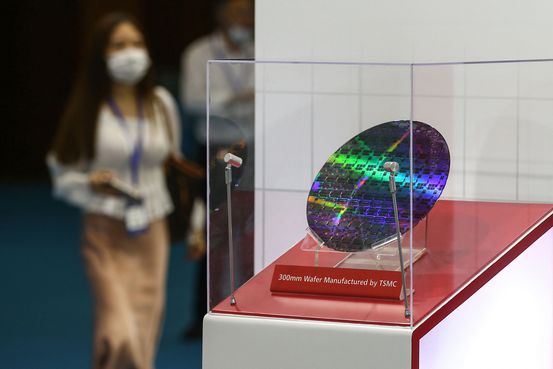 , a major chip supplier to Apple Inc., said it would invest $100 billion over the next three years to increase production capacity as demand surges.

The planned investment is a record for the world’s largest contract chip maker as well as the broader industry, analysts said, at a time when chips are in short supply around the world. In a statement, the company said it expects strong demand over the next several years, a trend driven by growth in 5G and high computing capabilities and accelerated by the Covid-19 pandemic.

“TSMC is working closely with our customers to address their needs in a sustainable manner,” the company said Thursday.

In a letter to clients seen by The Wall Street Journal, Chief Executive C.C. Wei said that the company hadn’t been able to keep up with demand over the past year despite running its fabrication plants at over 100% utilization. Mr. Wei wrote that TSMC had started hiring thousands of new employees, and planned to both build new fabs and expand existing ones.

The $100 billion allocation for the next three years would be more than double what the company spent in the previous three years, according to New Street Research analyst

In January, TSMC announced a record capital-expenditure budget for 2021 of $25 billion to $28 billion to develop advanced chips and building plant capacity.

Other chip makers are also pouring money into increasing capacity, though none as heavily and quickly as TSMC.

recently said it would spend $20 billion on two new chip factories in the U.S., starting in 2024. The semiconductor giant had lagged behind competitors such as TSMC and

in market share and technology capabilities, leading to the ouster of

Samsung plans to invest about $116 billion by 2030 to further diversify its semiconductor production. Globalfoundries Inc., a major U.S.-based contract chip maker, has said it is doubling its capital investment this year to boost capacity.

Semiconductors are an important component in many consumer goods from phones to cars, and the pandemic created new demand for electronics such as work-from-home equipment and gaming consoles. As a result of the supply constraints, auto manufacturers such as

have halted production of vehicles that use chips for functions such as engine management, automatic braking and assisted driving.

TSMC said last year, in a decision praised by the Trump administration, that it would invest $12 billion to build a chip factory in Arizona with the support of the federal and state governments. The two factories that Intel announced in March will also be built in Arizona.

Corrections & Amplifications
An earlier version of this article incorrectly described the pictured wafer as a chip in a photo caption. (Corrected on April 2.)

Appeared in the April 2, 2021, print edition as ‘TSMC Acts to Boost Chip Output.’